This Page is centred in your browser window, and generally has grey text on a white background. You can change these settings, if you wish. There are graphic images ... some for website construction purposes only ... others to illustrate `fire safety for all´ issues ... or to show the city of Dublin, which will be a perfect host city for the event.

As you scroll down from the top, controls to move around the WebSite are positioned centrally.

Click here to go directly to PageStart© ...
or Close This Window by moving your mouse outside the window.
.Accessibility Cue©

This Page is centred in your browser window, and generally has grey text on a white background. You can change these settings, if you wish. There are graphic images ... some for website construction purposes only ... others to illustrate `fire safety for all´ issues ... or to show the city of Dublin, which will be a perfect host city for the event.

As you scroll down from the top, controls to move around the WebSite are positioned centrally.

Click here to go directly to PageStart© ...
or Close This Window by moving your mouse outside the window.
&nbspHigh Contrast  &nbspBlack & White
A A A 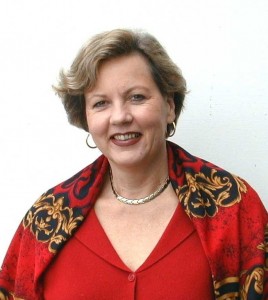 Monika Anna Klenovec is a graduated architect and civil engineer, as well as a lecturer focusing on “Universal Design” and “Barrier-free Buildings” at the Faculty of Architectural and Regional Planning, Vienna University of Technology in Austria. She also serves as Chair of the UN NGO Committee on Ageing in Vienna (2007-2011) and since 2006 as Founder and Chair of the “design for all – Centre for Inclusive Environments.”

After many years of practical experience in her own architectural practice she changed to Austrian Standards (1989-2003) for standardization management in the built environment (focused on building construction, thermal and acoustic insulation, fire safety, geomancy, pre-fabricated housing, planning rules for houses etc.) on national, regional and international level where she comes more and more in contact with accessibility requirements and experienced the whole development of European standardization. In 2003 she left Austrian standards to start again an own practice focused as Access Consultant and prepared also the founding of design for all e.V. Since 2003 until now she continued as an expert and consultant in the Austrian standardization committees on accessibility in the built environment. In all the discussions is fire safety a permanent issue were some preparatory work has be done but not published until now – focusing on the different use and size of buildings, to differentiate the fire safety requirements in several classes.

Ms. Klenovec serves as an Access Consultant for the Austrian Consumer Council and as the Austrian delegate within ANEC (European Voice of Consumers in Standardization) WG “Design for All.” As an architect and with her extensive experience as standardization expert for the Austrian Consumer Council and within ANEC she works in several fields of accessibility standardization on the national, CEN and ISO level. In this position she has been involved with all aspects of accessibility in the built environment, with the design of fire escape routes and emergency exits for all including persons with disabilities. Ms. Klenovec has also developed access audits for tourism facilities. Since 2009 Ms. Klenovec has been announced by the Austrian state as legally certified expert on ‘Universal Design’ and on accessible building design. An actual study shows the missing link within architectural education on accessibility in Europe.

Many years she participated in the work of ISO standard ISO 21542:2011 “Accessibility and usability of the built environment” and was the chair of the final editorial TG.

Ms. Klenovec is the author of several articles on accessibility in Austrian and German professional journals. She is the author of “Barrier Free Access” within the book series Building Construction” (book No.12 focusing on “Stairs,” Springer Verlag, 2003). The 2006 published reference manual Build for All includes examples of Austrian “best practices” for buildings. Her other publications include the 2008 handbook BarriereFrei! for living homes for the Austrian Federal Ministry for Social Affairs and Consumer Protection. This provides detailed design guides for accessible housing based on Austrian standards.

Participation in several EU Projects as in LivingAll in the advisory board, in Build-for-All, Stand4All and last as project leader in Mandate M/420 “Accessibility for public procurement in the built environment”, phase I, finalized 2012; phase II will start 2015. In 2010 and 2011 she participated as jury member in the EU Access City Award.

She organized the Best Summer Course “Universal Design – Architecture for all” (two weeks) in 2005 and 2006 at Vienna Technical University Vienna. The participation in Erasmus Intensive Programs “Tourism for all” in 2008 and “Culture for All” in 2009 with TU Bratislava shows another area of her professional interest. One team of her students won the first price of the Schindler Award 2006 and some others received acknowledgements in 2006 and 2008. Education and training of all professional people in the building field play an important role for her to change design concepts for a more accessible world. She developed also a certified course for accessibility experts offered by Austrian Standards which runs every year since 2011 successfully for postgraduate trainings for architects, building engineers etc.

In the last years she worked intensively on access consultancies in the tourism field as due to the Austrian anti-discrimination legislation existing service premises (shops, hotels, restaurants etc.) have to be made accessible until 2015-12-01 latest. This consultancy project “Accessibility Check” was developed together with the commercial chamber of Austria – main areas of activities are now Lower Austria, Carinthia and Styria. The Federal Ministry takes over this project as “Holiday for all” and offered 10 consultancies for each federal state of Austria as an impulse activity – but only the 3 federal states mentioned before have promoted this initiative. The new cultural landmark in Linz/Austria – the Musiktheater am Volksgarten – which is European’s most state-of-the-art opera house with high level of visitor comfort used the accessibility consultancy of Monika Klenovec.

Ms. Klenovec is also member of UIA WP “Architecture for all”, Region 1 as the Austrian delegate. This year a worldwide UIA Award on “Friendly spaces for all” was launched where she acted as a member of the preparatory jury.

With lectures, several exhibitions e.g. for ‘Accessible Adaptable Living Homes’ in scale 1:1 in 2008 in Wels and similar for ‘Sanitary Facilities for the Future’ in 2010 on Vienna Fair she demonstrates to a broad audience that excellent design, comfort and accessibility fits perfect together, is not in conflict and should be self-evident for every product and building designer to meet the needs of all people during the whole lifetime – especially in a demographic changing world. The use and the design of buildings even become better for all when design for all is consistent included in the planning and execution process.